Have you ever visited Tulsa, Oklahoma? If you’ve never been, you’re missing out! If given the opportunity to take in the city, I recommend making time to tour their world renowned art museums and galleries, enjoy the local restaurants and breweries, and get outside to enjoy the city’s newest park. Again, don’t assume it’s another midwestern city. It has so much to offer for every traveler. It’s a must-see city!

Having passed up an opportunity to visit the museum a couple years ago, I wasn’t going to miss my opportunity this time to tour the world class museum. Originally built by the Phillips family (as in the super wealthy oil family that owned Phillips 66), the 72-room mansion on 23 acres of grounds were constructed with the plan to eventually gift it as an art center for Tulsa. What a gift to the city!

The museum’s interior and gardens were kept nearly the same as they were when the Phillips family lived there. As you walk through all three levels of the museum, you can’t help but imagine the wealthy family entertaining friends in the parlor while the organist played, a room which now houses European paintings. I found myself gazing longingly at two Picasso paintings (that’s me below in awe of his work). Having never seen a Picasso, I was surprised how close to it (and all the other work in the museum) I could get to it. No velvet ropes. No security personnel. Just me and two Picasso paintings. It was amazing!

While on a self-guided tour of the museum, we admired all types of original artwork from African art to Contemporary works and Native American artifacts to American artwork. The museum has it all! If you’re moving quickly through the rooms, you can probably see the museum’s interior in a little over an hour. However, if you don’t view the garden behind the Philbrook, then you may regret it later. Actually, while the artwork was breathtaking, the outdoor sitting areas and garden were my favorite space on the grounds. We spent about 2 hours in the museum and the gardens, so I recommend dedicating more time to your visit so you can enjoy it all.

Despite the other small groups of tourists and two groups of high school students, we were easily able to navigate our way through perfectly pruned shrubs and around meticulously manicured flowers. I’m from the midwest so I thought I’d recognize all of the botanicals on the grounds, but I saw many types of flowers and shrubs that I had never seen previously.

I know we’ll return to the museum again, but next time we’ll plan our visit during one of the museum’s movie nights hosted on the Film Lawn. All I can say is that you need to see the Philbrook for yourself. The artwork, the history, and the grounds are fascinating and worthy of your visit. Learn more about the Philbook Museum of Art and view its hours here.

Before we arrived in Tulsa, we knew we were going to enjoy the outdoors at Tulsa’s newest park, The Gathering Place. Built entirely from $400 million in donations, the park’s 66 acres was constructed to attract a diverse cross-section of people, hence the name “A Park for Everyone.”

Others cities should take note of Tulsa’s beautiful park project. It’s vast acreage spans includes areas built entirely for kids (or adults at heart!), an outdoor music venue for concert-loving crowds, and is dotted with state-of-the-art sports equipment. Not feeling athletic? No problem! Many areas of the park offer moments for relaxing and serenity. Read my complete review of the park and see bonus photos here.

If you’ve viewed my Instagram, then you’ve seen what a craft beer fan I’ve become over the last year. Somehow in 48 hours, we drank at 5 breweries (and one German biergarten).

Hungry for dinner and a beer, we made our way to Growler City in Tulsa Hills, a center for big name retail stores and restaurants. The bar/restaurant has a 3 menu that includes 100 draft beers! It’s a feast for the eyes. Luckily, the menu is categorized by types of beer and if unsure what you want to order, the bartender is quick to give you sample or three. Go there for the beer, not so much for the food.

We spent Saturday on a self-guided brewery tour. Having done some research, we knew which breweries served beers that we would enjoy and had the vibe we wanted. Our first stop took us to Cabin Boys Brewery “Crafted for the Community” situated in a blue-color factory neighborhood outside the city’s downtown area. 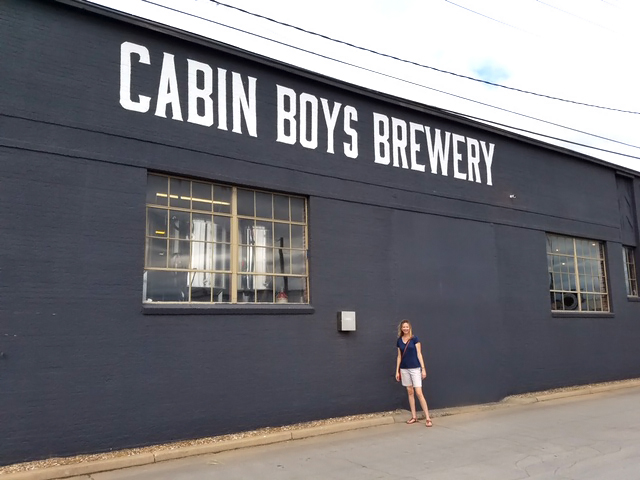 The tasting room pales in size to the brewery space, but we easily found two seats at the bar and were served quickly by their friendly staff. Honestly, I could have had multiple beers there but we had other breweries to try and so after several competitive games of Connect 4, we packed it in and made our way to the next stop.

Marshall Brewing Company Tap Room was our next brewery visit, a brewery that is considered the first production craft brewery in Tulsa and one that has seen steady growth since its launch. 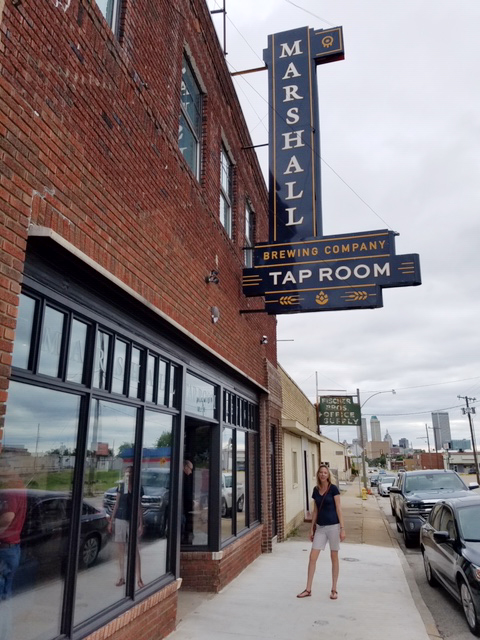 The two-tiered tap room is a newly renovated space in the heart of the city’s blue collar district. If you’re looking for a spacious tap room with TVs in nearly every corner so you can watch the game and fun game spaces, this is a must-stop. 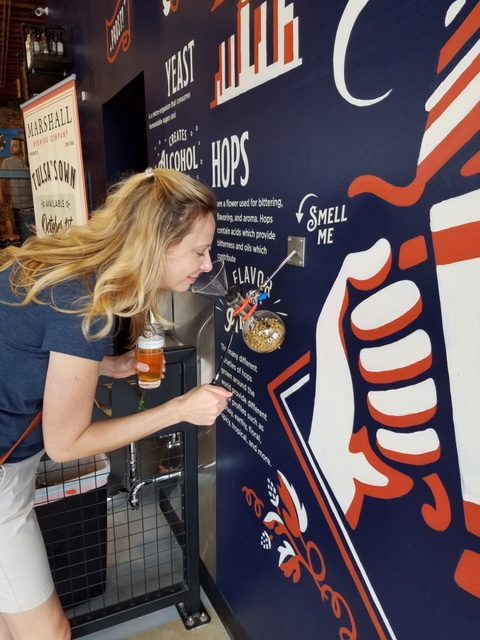 Our last brewery tour stop took us to a another new tap called Nothing’s Left Brewing Company, a one time old school gas station. Our visit took place during the brewery’s grand opening weekend, and it was so worth the visit! Brewing since 2015, their craft beer menu has something for every beer drinker. I was so pleased with my go-to brew Yabba Dabba Brew, which tasted like Fruity Pebbles cereal (it sounds insane but it was delicious!), that a bomber (22 oz.) to bring home to Kansas. Bonus? The brewery also includes a pup-friendly patio! 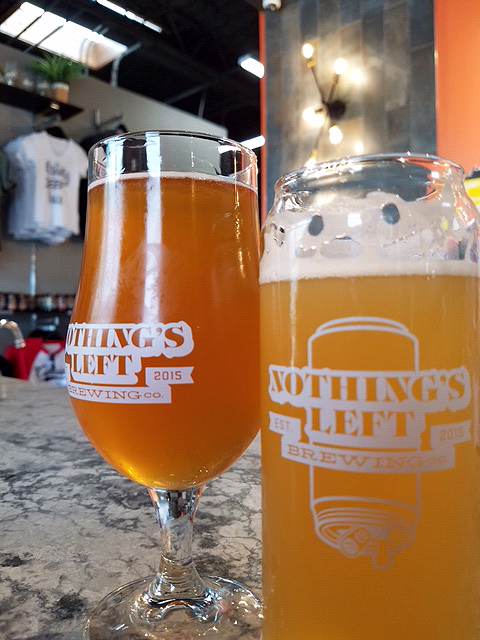 Side Note: If you’re not a fan of craft beers, you may enjoy Fassler Hall located in the Blue Dome District. Constructed to resemble a German beer hall that includes an outdoor biergarten, weekend goers can order a German beer served in a glass stein or take advantage of their elaborate bottomless Bloody Mary bar. They also serve a full menu of standard bar food but up the ante by offering German sausages and sides.

The Blue Dome District is made up of locally owned art galleries, restaurants, and bars. A little rough on the edges, it is still worth the visit. In this downtown Tulsa neighborhood, brick exposed buildings are covered in hand painted murals and visitors will enjoy the variety of entertainment options. 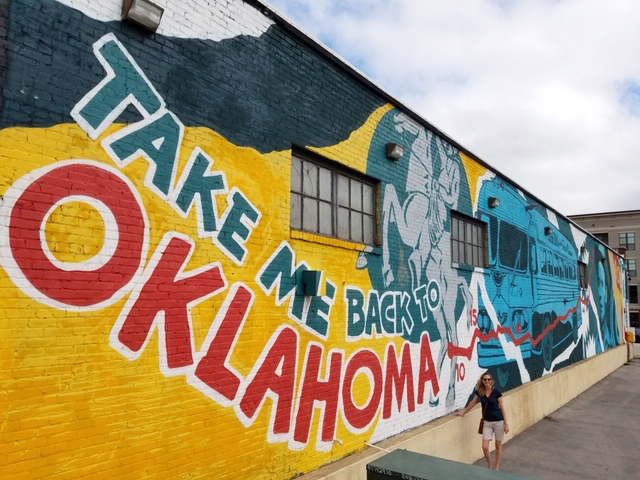 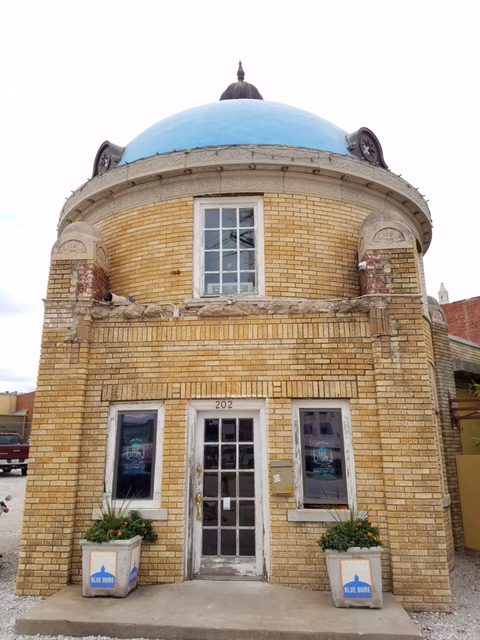 I recommend stopping at Andolini’s Pizzeria, if you’re looking for a quick slice of New York style pizza or a decadent serving of homemade gelato. 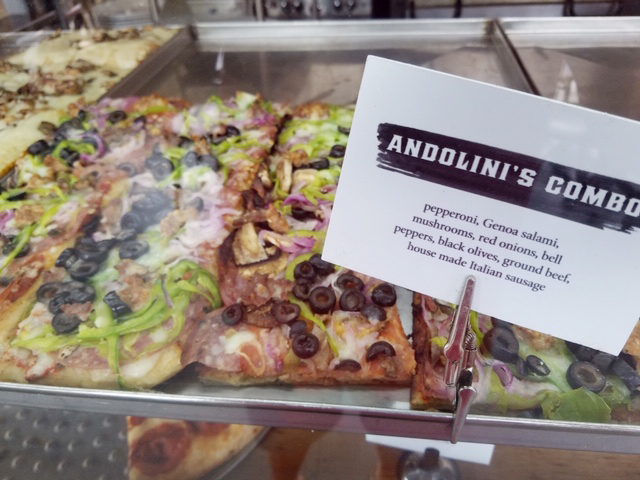 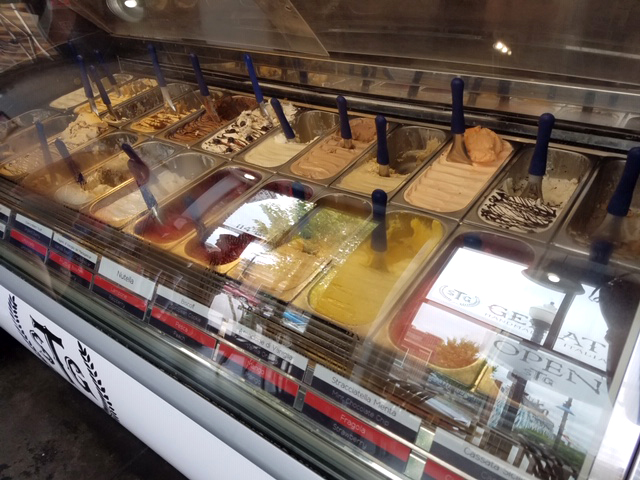 Tulsa, Oklahoma is a city with a vibrant arts community, beautiful outdoorsy area, and a place that offers countless options for any foodie. Traveling from the north, be sure to swing by The Pioneer Woman’s Mercantile in Pawhuska, Oklahoma. Read about our visit there. 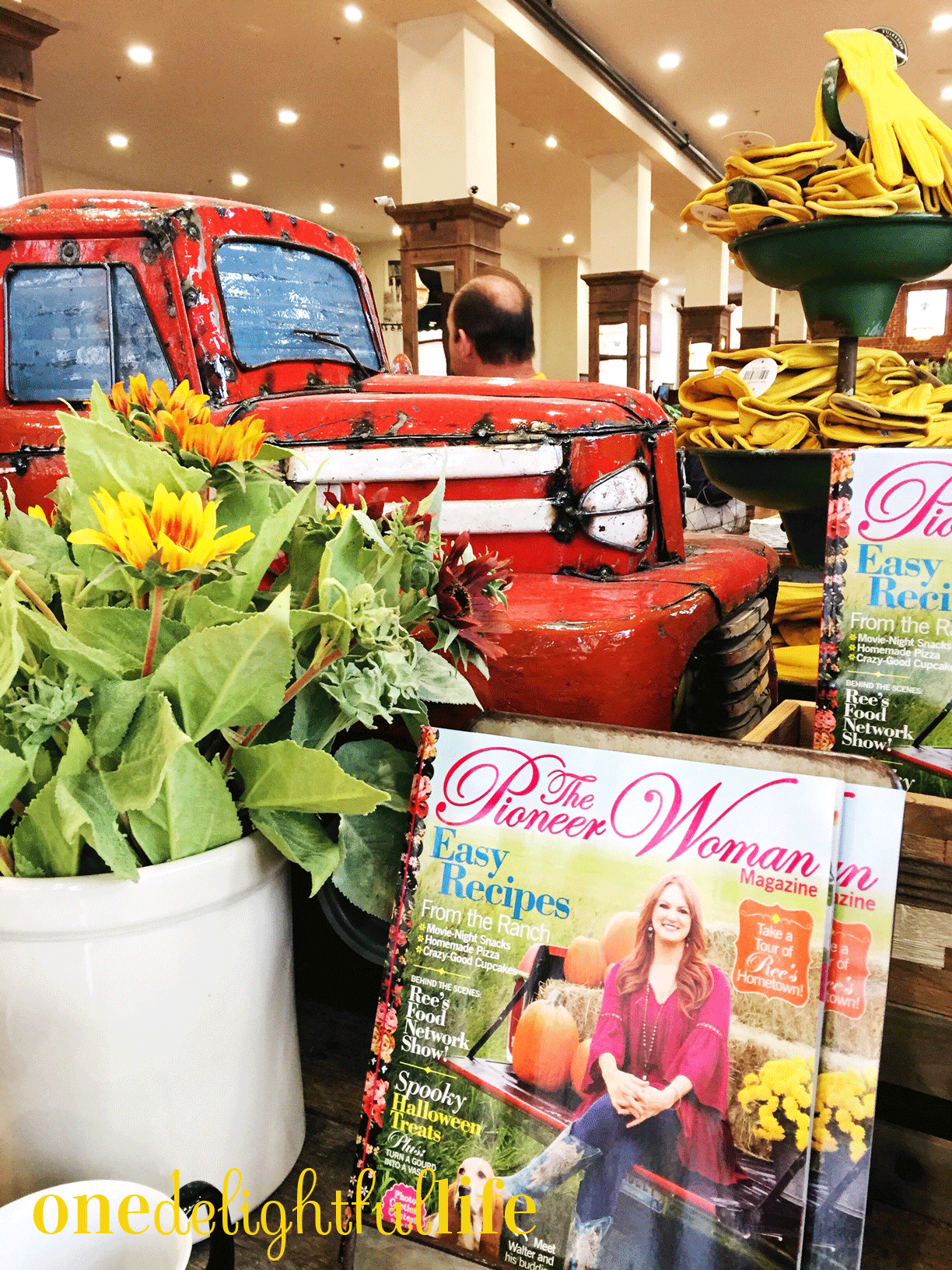 I was traveling with a part-time pilot instructor, so of course we also pulled the car over to check out The Tulsa Air and Space Museum & Plantetarium. Aviation aficionados will fall hard for the museum’s gallery of notable pilots and the restored antique planes. Make sure to nab a volunteer to take you inside the MD-80.