One of the best parts of the Christmas holiday season is all of the delightful desserts! But what do you do with all of the cookies, candies, and baked goods that people give you? Before you know it, you have bags and boxes of them on your kitchen counter. A Christmas Dessert Board is the solution! A beautiful assortment of sweet treats, the board is the perfect way to bring winter cheer to any holiday happy hour or family gathering. 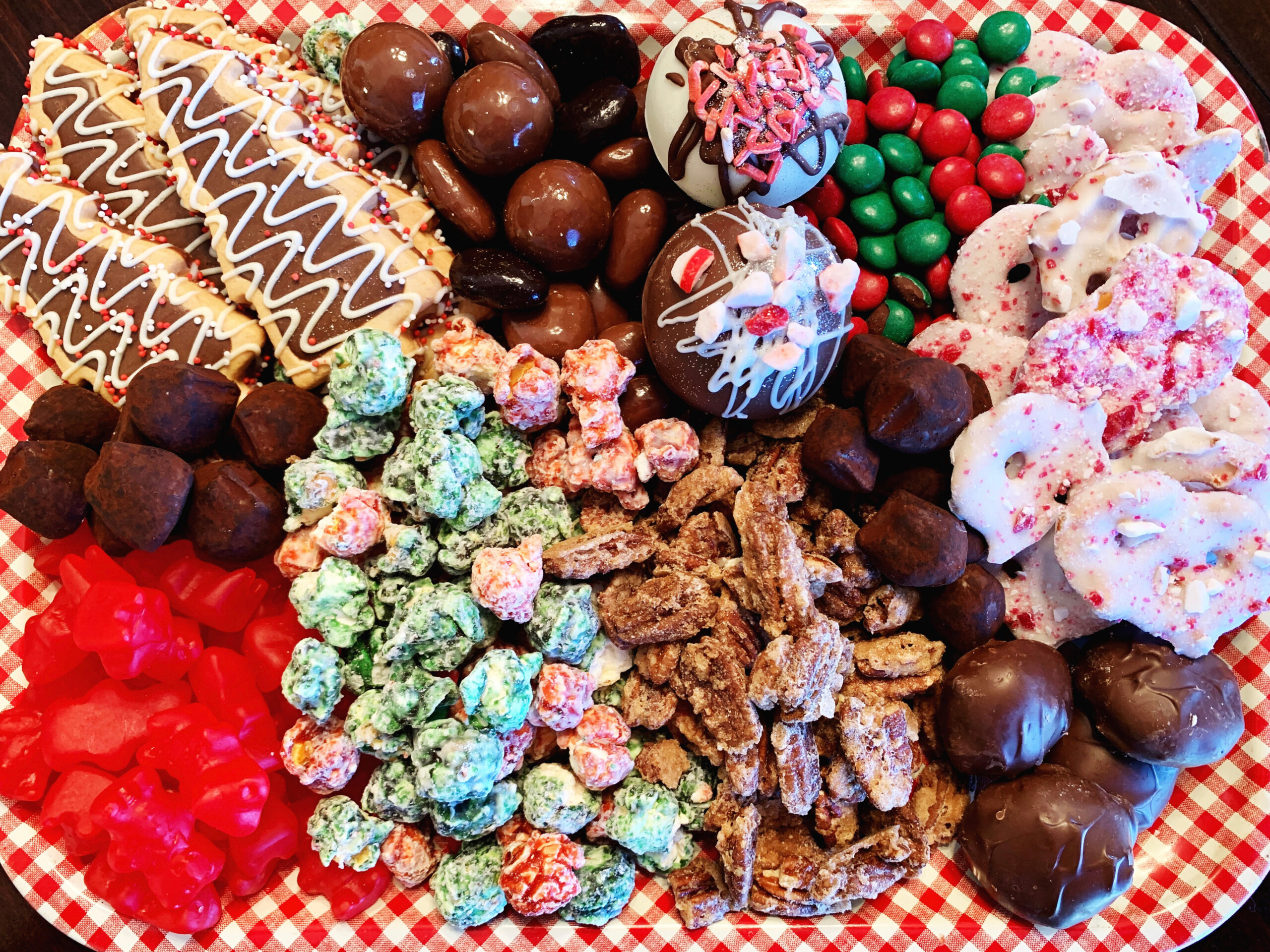 The brilliant part of assembling a Christmas dessert board is that it only requires opening packages and artfully arranging ingredients on a surface. Just as you would design a meat and cheese charcuterie board, you want to vary color, height, and textures as much as possible. I combined soft cocoa truffles alongside crunchy shortbread cookies and I let cinnamon gummy bears nestle up to a river of holiday popcorn.

Not sure what to include on your board? Use my list as a helpful shopping guide or gather your favorite sweet confections and just have a blast making your own desert board: 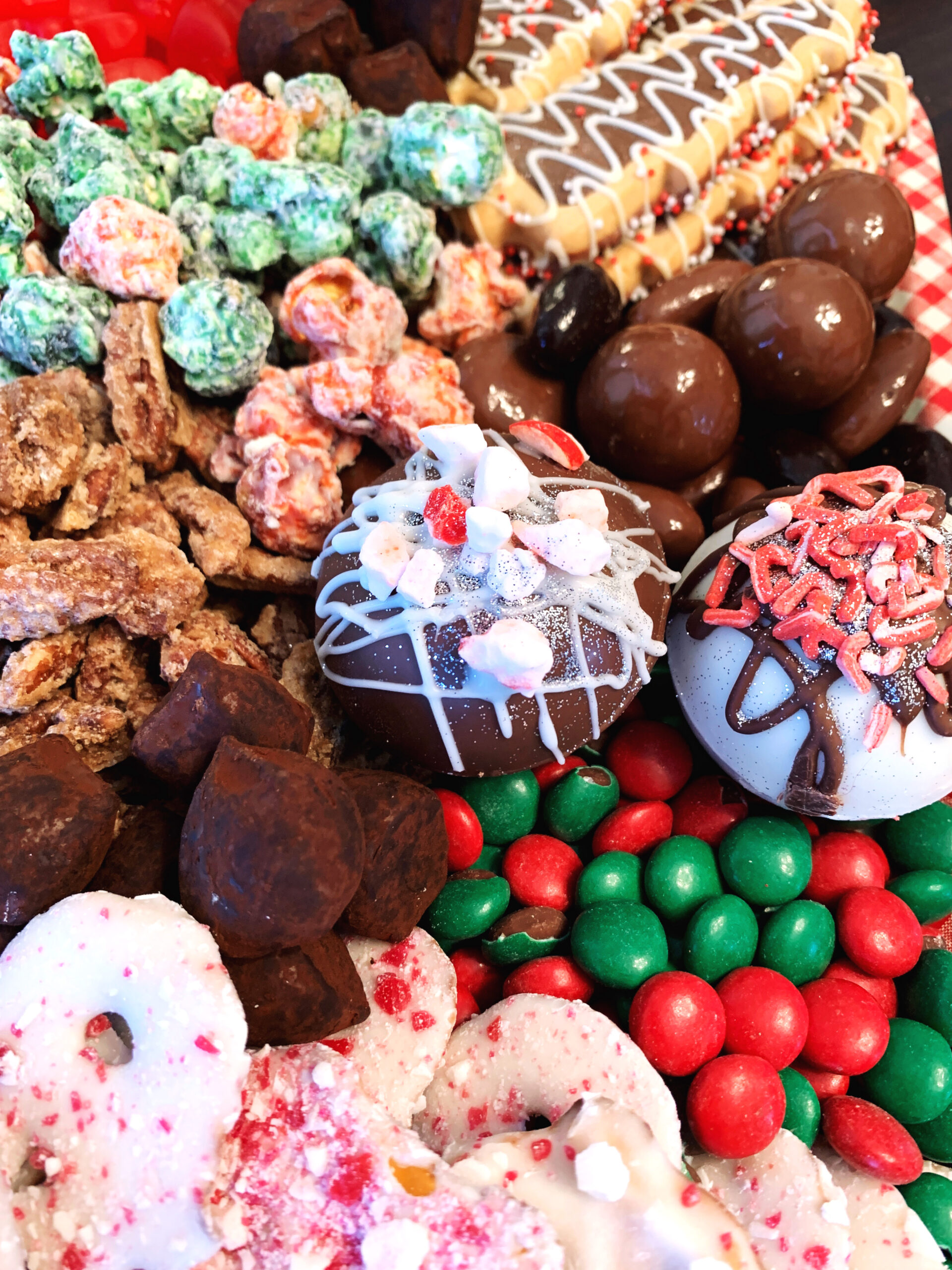 Other items you could include chocolate spreads, mini cupcakes, assorted berries, marshmallows, or gingerbread men cookies.  However, I should warn you about something. If you leave the dessert board on your kitchen counter, you will eat from it at EVERY passing. I highly recommend you gift this Christmas Dessert Board to someone or serve it at a party unless you don’t mind the holiday weight gain. ::laughing:: I didn’t!

Christmas is about showing kindness to others and I can’t think of a better way to bring the joy of the season to someone else than by serving them a gorgeous assortment of sweet treats! I hope you enjoy your Christmas Dessert Board as much as I had making mine. 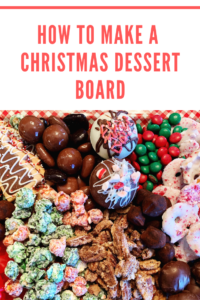 The quintessential summer dessert is the classic popsicle. Wouldn’t you agree? Sure melted s’mores are delicious, but I consider s’mores more of a fall dessert made around a campfire. I have fond memories of the ice cream truck cruising down the city street. It conjures up nostalgic thoughts of having to choose from tri-colored bomb pops, ice cream drumsticks or fruity popsicles. A tough decision! Which one did you choose? I used my 75 cents to buy the rainbow popsicle almost every time.

Now an adult, I still mark summer by indulging in a colorful popsicle, but I’d rather not ingest corn fructose syrup or ingredients I can’t pronounce. So, this summer I made Mixed Berry Popsicles with Coconut Water, a thirst-quenching treat made from natural flavors!

I used frozen, mixed berries and coconut water, which is low in calories and high in nutrients. The benefits of coconut water will convince you that it’s worth trying!

I prepared them using Koji popsicle molds, which I purchased at Target last year. Filling the molds is as easy as adding a tablespoon (or two!) of mixed frozen berries, filling the mold with coconut water almost to the top of it, a tiny bit of Stevia, and a pinch of lime zest for added tanginess. You could add lime juice instead of zest as well. Prepping the yummy popsicles only takes minutes and they are ready to enjoy within a few hours of placing them in the freezer.

When you’re ready to eat them, remove the popsicle molds from the freezer and let them sit out on the counter for about ten minutes or so. Allowing them to thaw out will help you easily remove the popsicles from the mold. Isn’t it cool how the whole berries can be seen through the frozen coconut water? These popsicles are not only yummy tasting but they’re pretty, too! 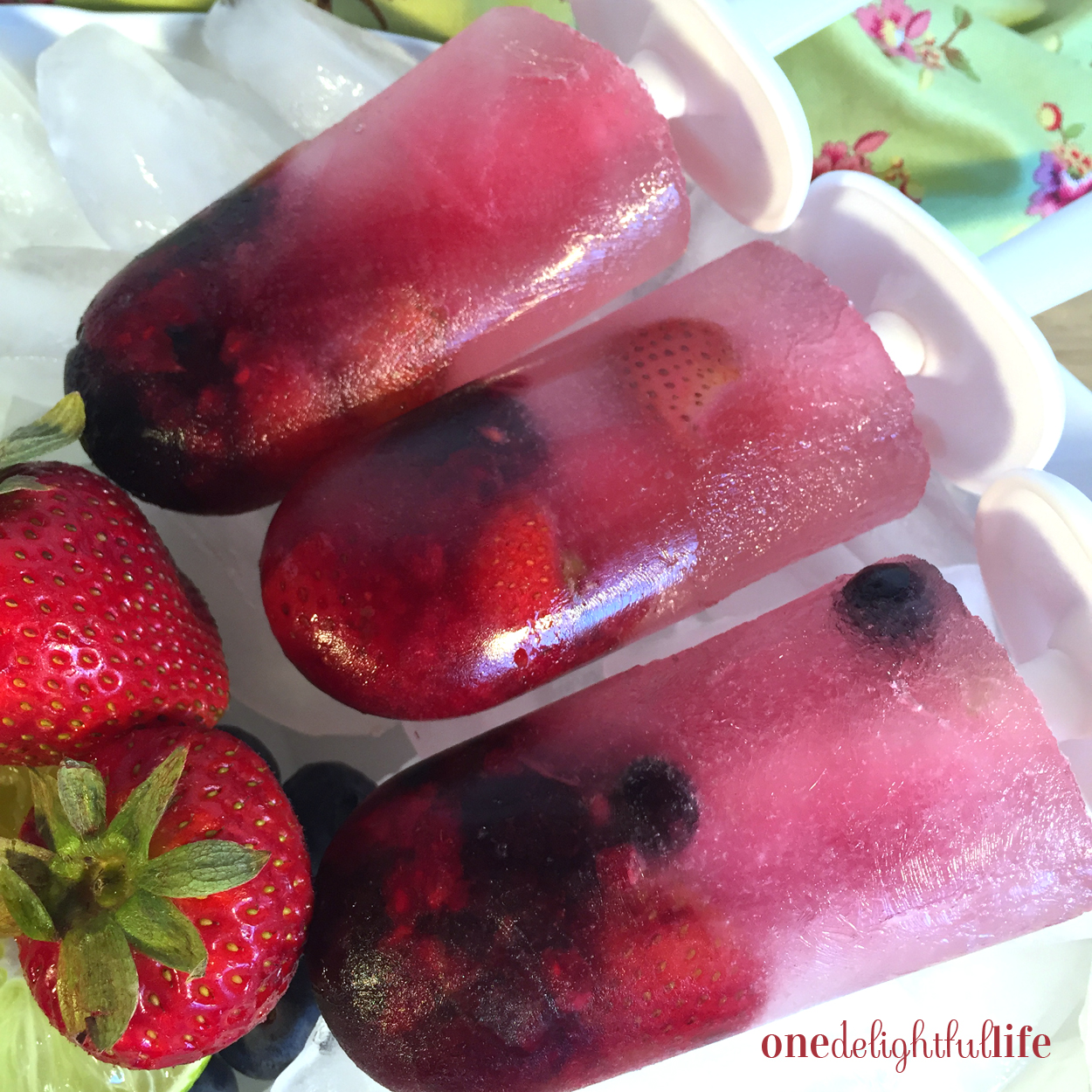 What was your summer like? I spent mine living for the weekend and trying to squeeze the most delightful moments out of each day. I’m not ready for fall temperatures or lattes just yet. I’ve got popsicles to enjoy on the back porch while watching the gorgeous Kansas sunset! 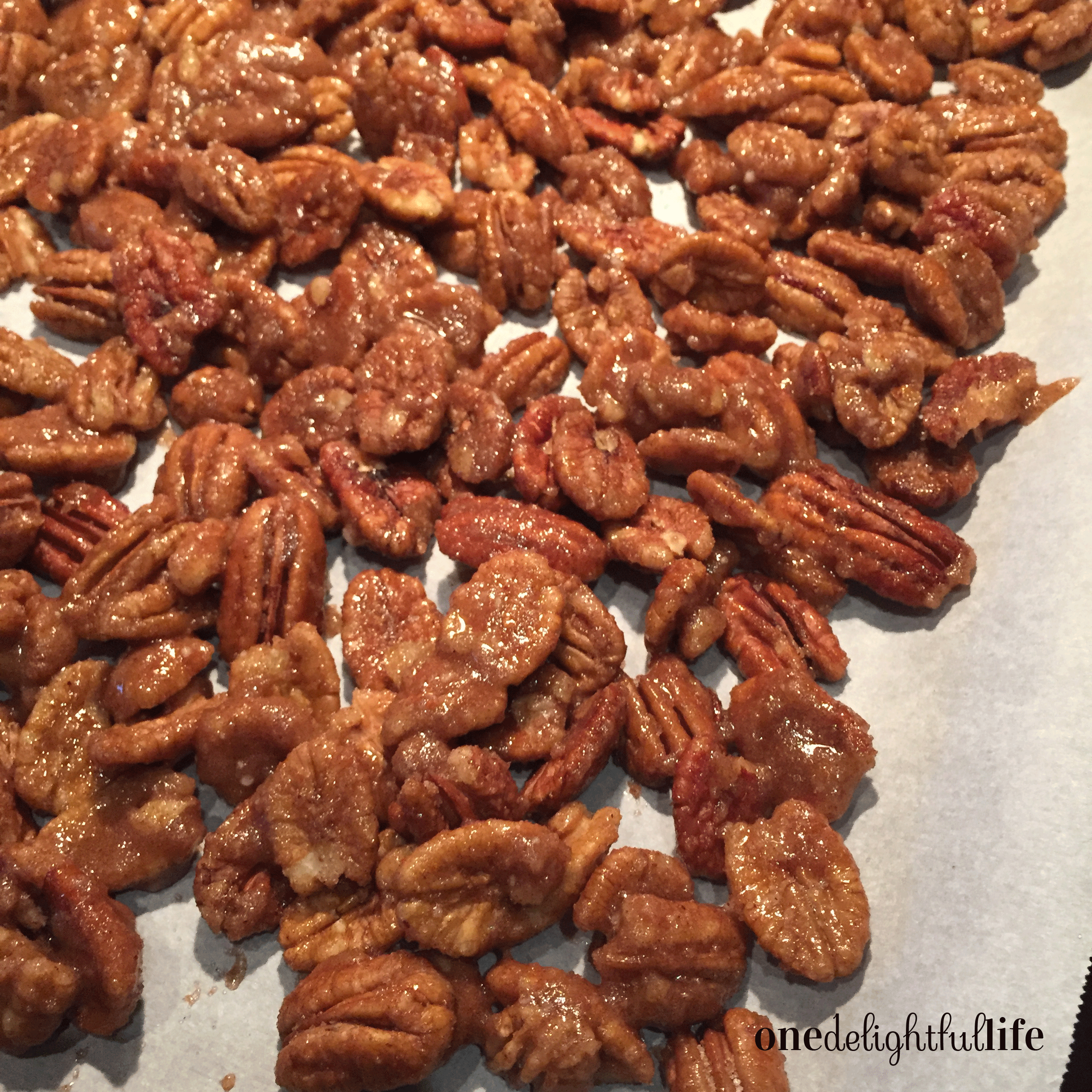 October is the best month of the year. Why? It’s my birthday month (holla!), breweries are prepping for Oktoberfest, and the food….oh, the food!

Many cooks have prepared baked apples to welcome autumn, but my recipe incorporates chopped dates and walnuts with oatmeal to bring home real fall flavor. Leave room for dessert tonight because you will want to gobble up the entire apple. They serve well with vanilla bean ice cream too!

Here are the instructions for Baked Apples with Oatmeal, Dates and Brown Sugar:

2. Wash two Pink Lady Apples. Core out the inside without penetrating the bottom. (Remove about half of the apple’s core.)

3. Add the butter to a small microwavable bowl and heat it about 10 seconds until it’s melted. Add remaining filling ingredients. Stir to combine all thoroughly.

4. Stuff each apple with the filling.

5. Set apples upright into baking dish. Add enough water around the apples until the bottom surface is covered.

It's not fall until you've served stuffed baked apples for dessert. Core, stuff, and bake! 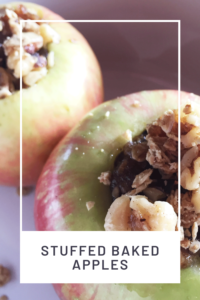 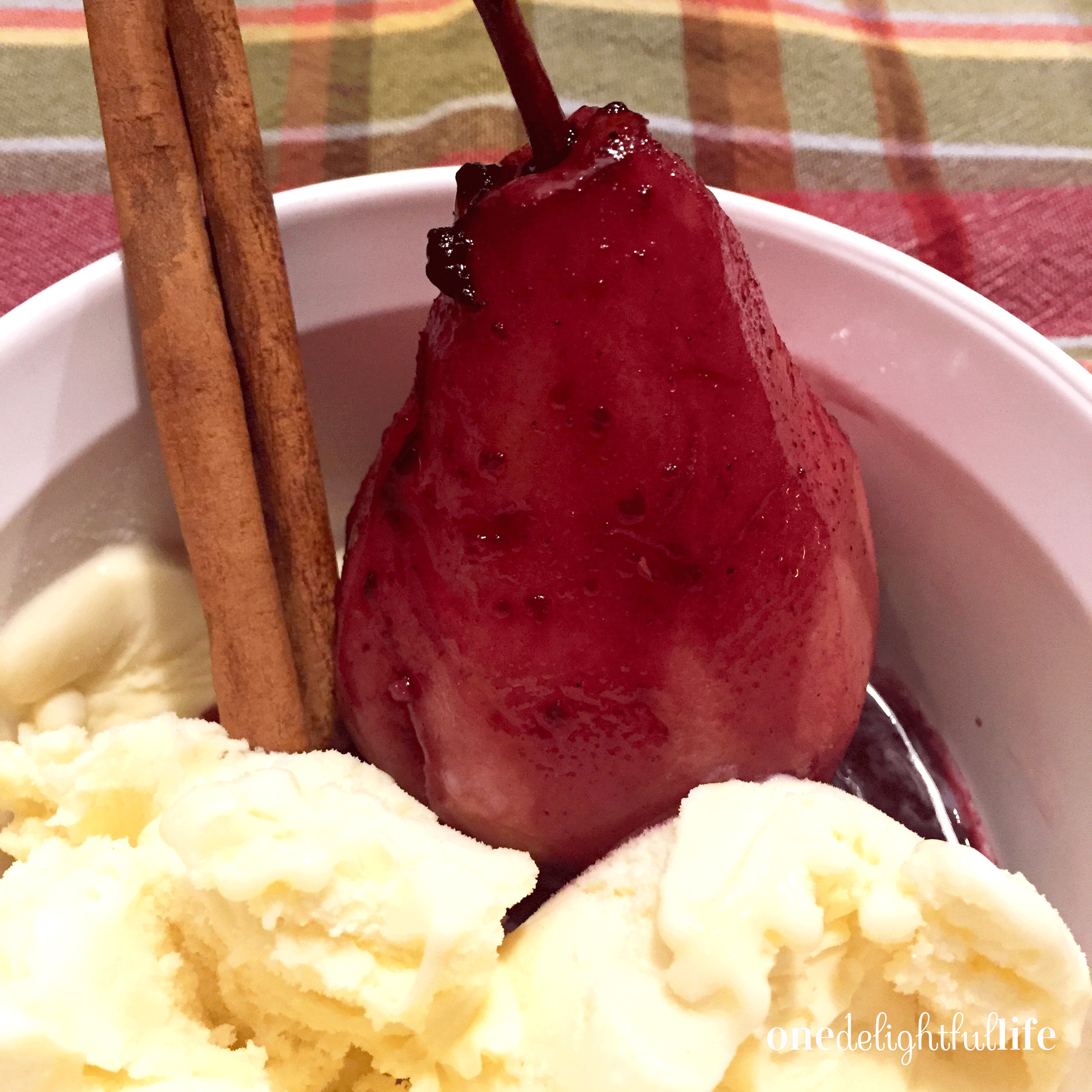 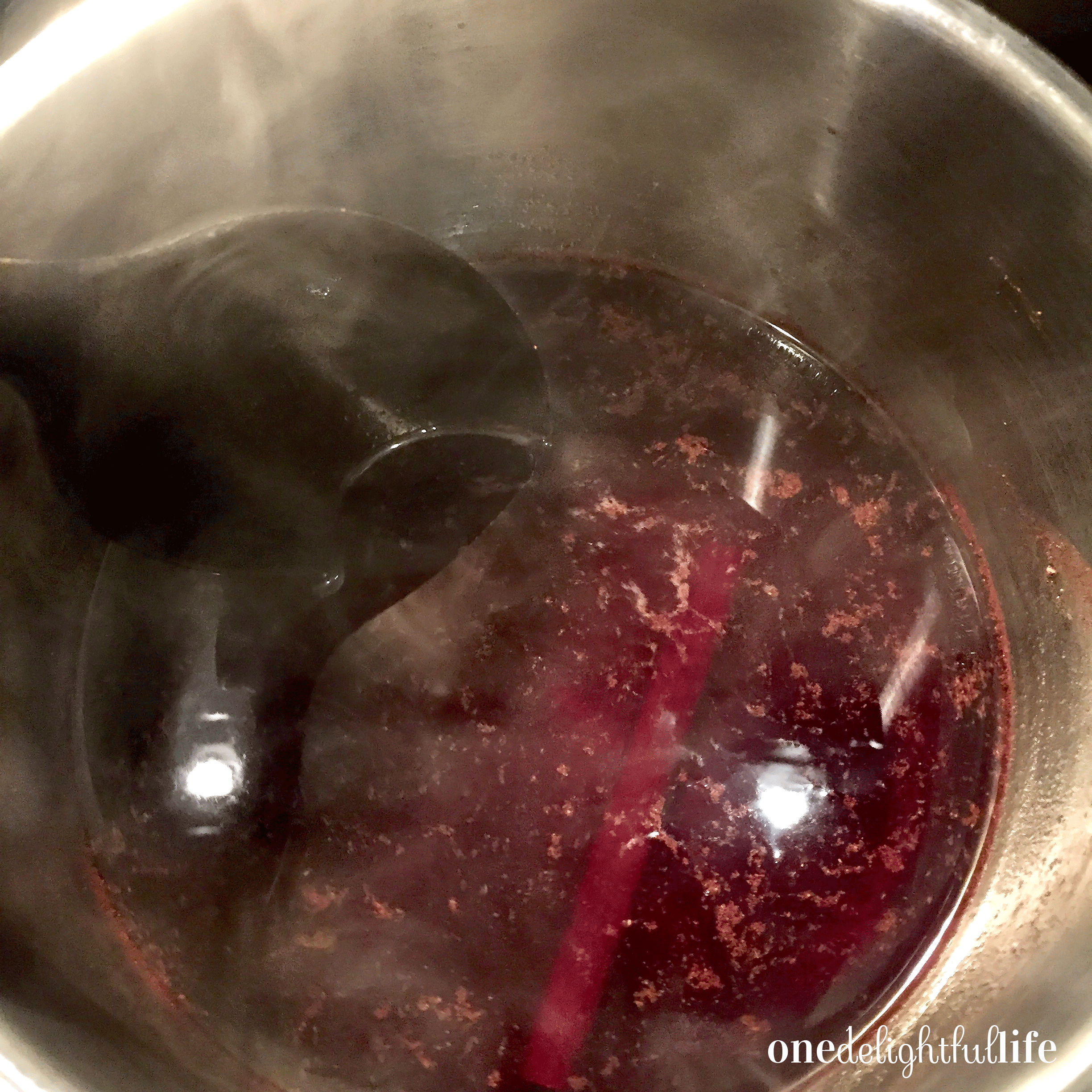 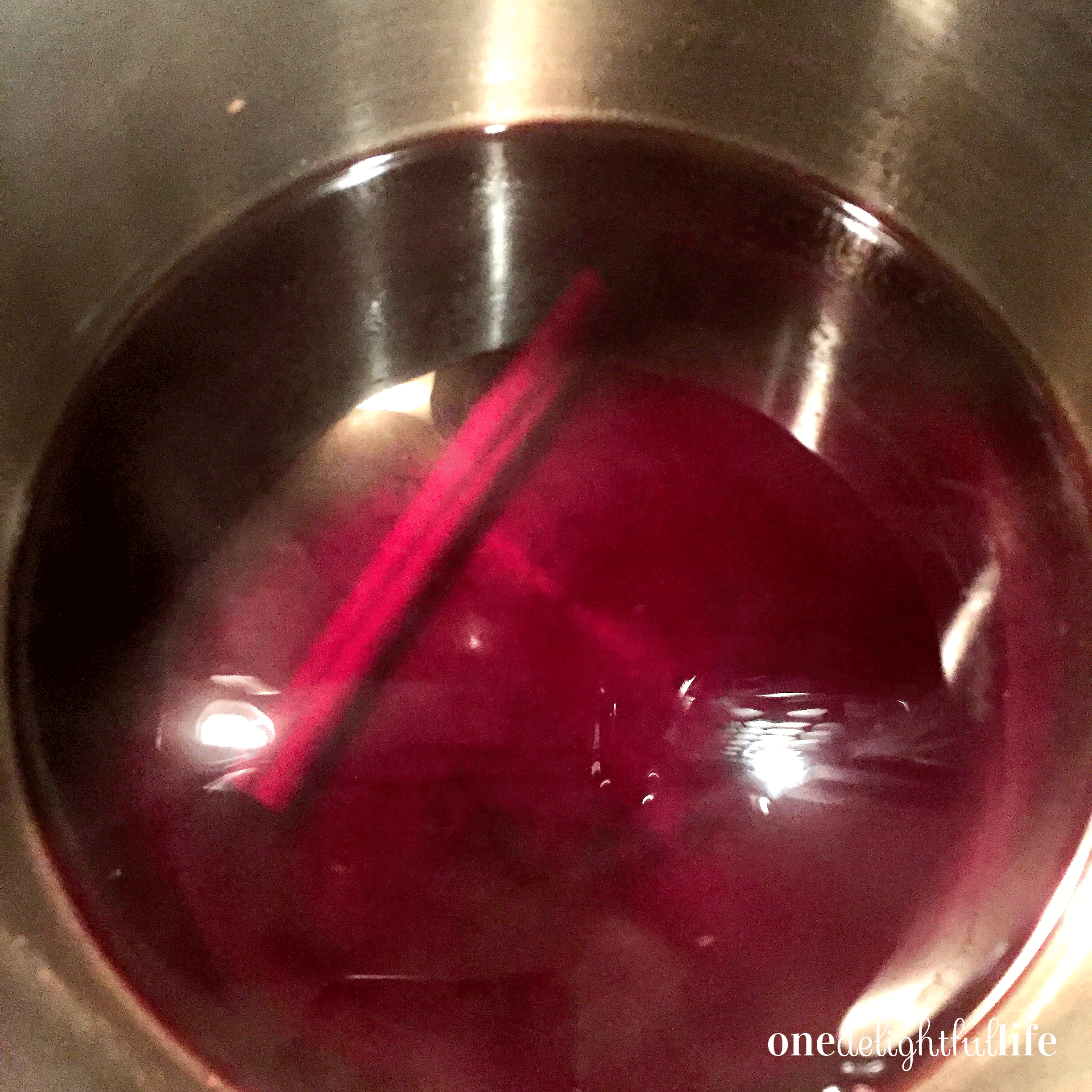 When I make desserts, I get a little crazy. Good kind of crazy. My creativity runs wild and before I know it, I’ve swirled blueberries inside angel food cake and topped it with vanilla icing and ….yes, more vanilla blueberry sauce. Total decadence.

My Angel Food Cupcakes with Vanilla Blueberry Sauce is an recipe idea that came to me during a daydream. I thought, “How can I combine light and airy cake with decadent blueberries?” 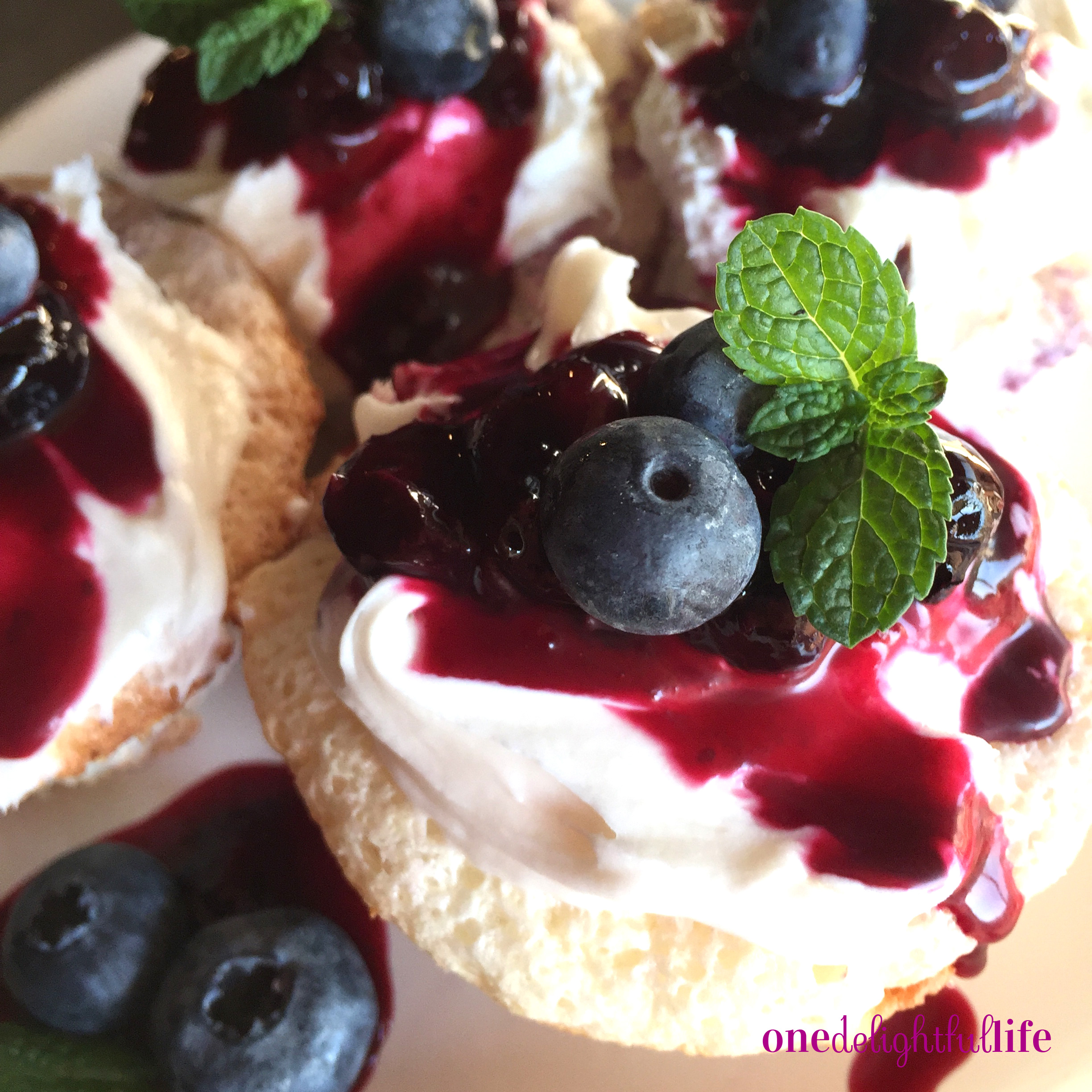 So when the boyfriend (who doesn’t eat desserts – uh, what the heck?) was away, I made a mess of the kitchen and started preparing the Vanilla Blueberry Sauce so it could cool before baking the angel food cake. Wanting to swirl the sauce through the cake batter, I knew the sauce couldn’t be added to the batter while the berries were warm.

Now, don’t be fooled. When I’m making a dessert on a work night, it’s a semi-homemade one. I simply used Betty Crocker’s Angel Food Cake box mix by combining 1 1/4 cups water with the dry mix and then added a few tablespoons of cooled Vanilla Blueberry Sauce to the cake mix. Then, I used a wooden skewer to pull the sauce throw the cake mix until swirls appeared. Using a ice cream scoop, I portioned wet cake mix into paper line cupcake baking pans.

Bake the angel food cupcakes at 350 degrees for 11 minutes (or until a toothpick pulls clean from their centers.) I prefer to remove the paper liners from the cupcakes prior to decorating and servings. Allow the cupcakes to completely cool before icing them with store-bought vanilla icing. Drizzle with more Vanilla Blueberry Sauce and top with a couple of fresh blueberries and garnish with a fresh sprig of mint.

This dessert would be a good one to make with kids and allow them to decorate their own cupcakes with the sauce and berries. You never know. Maybe they’ll even try the mint!

What dessert do you daydream about? Tell me in the comments below! I may just need to do a little recipe research on it.